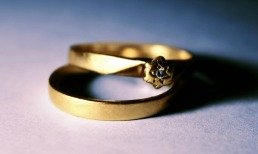 Why Do Some Marriages Succeed
and Others Fail?

For twenty years, he videotaped couples arguing and talking. He measured their heart rates, blood pressure and cortisone levels which indicate stress reactions. After a while, Gottman was able to predict which marriages would fail with 94% accuracy.

It’s a remarkable achievement, because since the start of marriage therapy, counselors have developed lots of theories and strategies to save marriages. But the rate that marriages succeed after therapy hasn’t been great: one-third of therapies succeed, one-third fail, and one-third are unchanged.

Gottman’s conclusion was this: it’s not how much you fight, but how you fight and how you resolve your differences. Lasting marriages aren’t marriages where nobody ever fights, but marriages where couples have agreed to resolve their conflicts in specific ways.

There are 3 successful styles of marriage.

Validating Couples are good at communication and compromise. They have just as many conflicts as other couples, but they work calmly towards compromise. They do this by validating each other’s opinions (“I understand what you’re saying…”), trying to persuade the other with their point of view, and compromising often. They are not trying to “win,” but to reach a solution.

Volatile Couples enjoy lots of conflict and passionate disputes. They express more positive and negative emotions. They seem to laugh more, and yell more. But they fight as equals, and enjoy the process of resolving the conflict.

Conflict-Avoiding Couples minimize conflict. Instead of fighting, they agree to disagree, rarely dealing with their differences head-on. They re-affirm their shared philosophy of marriage, accentuate the positive, and accept the rest. They value separateness and autonomy.

The important point here is that all of these styles work because feeling good about the process of resolving conflicts was more important than just winning or losing.

To learn more about this, read

"Why Marriages Succeed or Fail... and how you can make yours last" by John Gottman, Ph.D.